The first trailer for Soumik Sen’s Gulaab Gang has released and it has left a solid first impression. The Gulaabi Gang (or Pink Sari gang). The Gulaabi Gang are a group of women who patrol areas attempting to keep women safe from unwanted harassment and even sexual assault, which is unfortunately somewhat common in rural India. The group is perhaps the most famous for their use of lathis, a traditional Indian fighting stick sometimes carried by the police for crowd control purposes. This stick fighting is obviously the most cinematic part of the Pink Sari gangs actions, but they work on a smaller scale, as well. These warrior woman sing , dance , laugh , live life and fight in justice! Juhi Chawla amazes us as the movie’s protagonist which she seems to have perfected. Madhuri Dixit is in her element , she is delivering powerful dialogues , looks great in her new avatar which is very different from the glamour associated to the dhak-dhak girl. The action sequences look very real and hard-hitting. This is award-winning acting at its best!This Women’s Day, two icons of Indian cinema come together on the big screen to create a revolution. Are you joining the Gulaab Gang? Here’s proudly presenting the trailer of Gulaab Gang…The film releases on the 7th of March 2014! 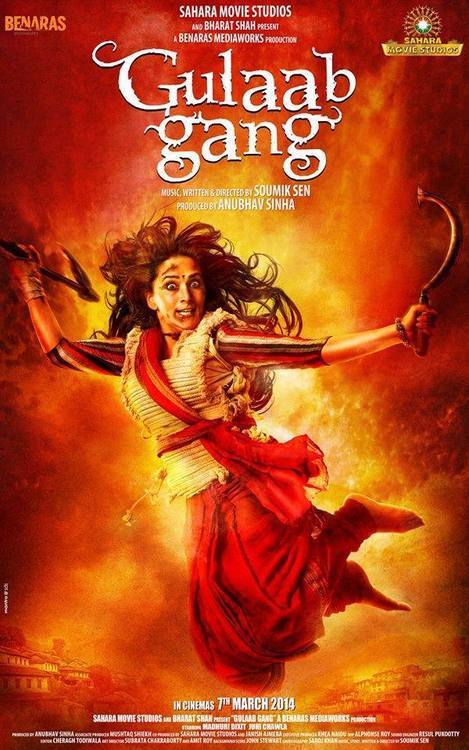